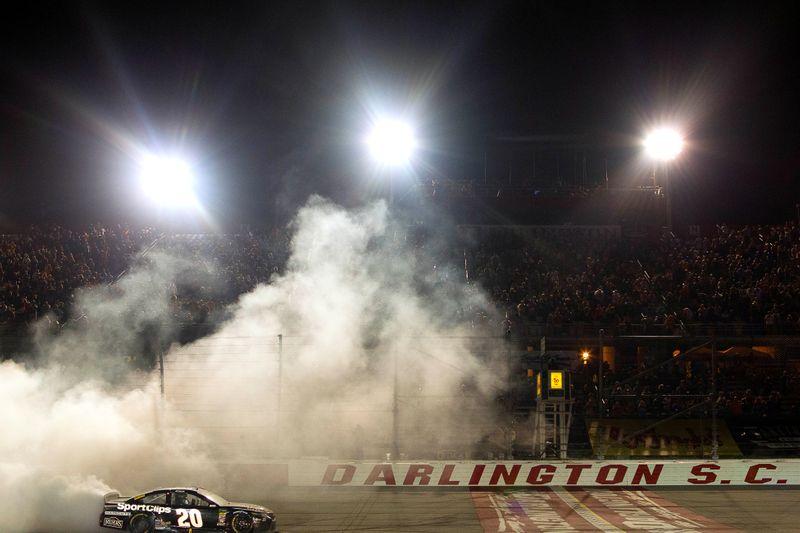 (Reuters) – NASCAR will be the first major sport in the United States to return to action amid the COVID-19 pandemic after the organisers of the popular racing series said on Thursday that the season will resume without fans in mid-May.

NASCAR, which postponed racing in mid-March due to concerns over the novel coronavirus, said its season will resume on May 17 at Darlington Raceway in South Carolina.

The race will be the first of seven over an 11-day span at Darlington Raceway and Charlotte Motor Speedway.

“NASCAR and its teams are eager and excited to return to racing, and have great respect for the responsibility that comes with a return to competition,” Steve O’Donnell, NASCAR executive vice president and chief racing development officer said in a statement.

“NASCAR will return in an environment that will ensure the safety of our competitors, officials and all those in the local community.”

NASCAR also said modifications to the events include health screenings for those entering and exiting the facility, strict limits of the number of people granted access, enforcement of social distancing and mandated use of protective equipment.

The sanctioning body said that in-race competition procedures will be largely unchanged but it will eliminate practice for all seven races as well as qualifying for all except the May 24 Coca-Cola 600.

The Coca-Cola 600, which is run at the Charlotte Motor Speedway on the nation’s Memorial Day holiday weekend, has in the past been held in the shadow of the Indianapolis 500 and Monaco Grand Prix with all three events held on the same day.

But this year the Coca-Cola 600 will have the spotlight to itself with Formula One and IndyCar still mapping out a return to action.

NASCAR had run four races, including the season-opening Daytona 500 in mid-February, before the series, like many other sports in the U.S., was forced into a hiatus by the coronavirus outbreak.

While no dates beyond May 27 have been announced, NASCAR has previously stated it intends to complete a full 36-race schedule in 2020.

The return to action was welcome news for drivers like 2012 NASCAR Cup Series champion Brad Keselowski, who like other competitors had filled his downtime racing in Esports events.

“Things will look different when we return but the changes are necessary for the safety of everyone who makes our races successful, especially our fans,” Keselowski wrote on Twitter.

“We’ll be missing the fans, but we’ve got some of the best in sports and their energy will still be felt when we strap back in. I’m looking forward to what’s ahead.”