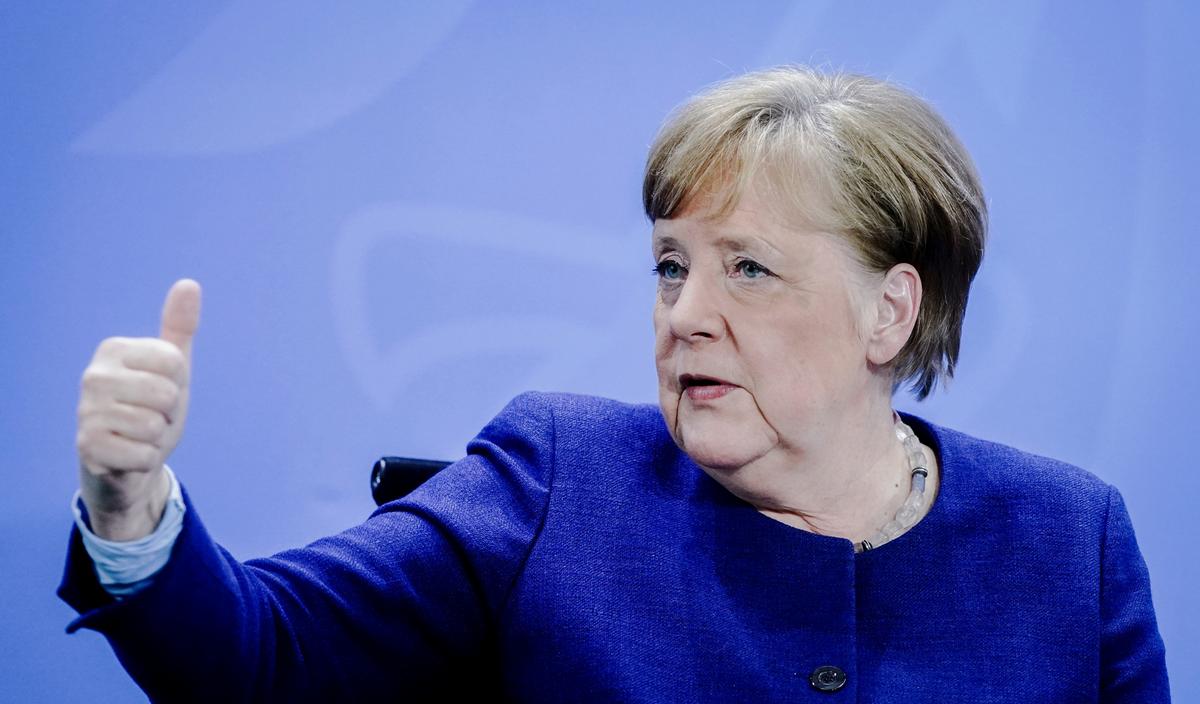 BERLIN (Reuters) – Germany will reopen playgrounds, museums and churches from Monday to go with the small shops that reopened this week, and decide within days about schools and sports events as it eases its way out of lockdown.

German Chancellor Angela Merkel attends a news conference after discussing with German state premiers whether the regulations imposed to limit the spread of the coronavirus disease (COVID-19) need relaxing, at the Chancellery in Berlin, Germany, April 30, 2020. Kay Nietfeld/Pool via REUTERS

But Chancellor Angela Merkel, buoyed by Germans’ confidence in her leadership, warned that there was a risk of triggering a resurgence of the coronavirus if people dropped their guard and forgot about social distancing.

“We must work to make sure we bring the number of new infections down further,” Merkel said. “If the infection curve becomes steep again, we need to have a warning system to notice it early and be able to act.”

Germany has withstood the pandemic much better than the United States, Britain and Italy, partly thanks to widespread virus testing, an excellent healthcare system and strict lockdown measures introduced in mid-March.

Merkel’s conservatives and their Social Democrat (SPD) coalition partners have also passed a 750-billion-euro ($820 billion) rescue package to mitigate the economic impact of the crisis.

Her cool-headed leadership, clear and calm communication strategy, embrace of scientific facts and calls for unity in fighting the virus have sent support for her conservatives surging to a three-year high of almost 40%.

Her chief of staff Helge Braun said social distancing measures – the requirement to wear face masks while shopping and on public transport and stay at least 1.5 metres from other people – would remain until at least May 10.

He added that any further easing would depend on the rate of infection remaining low.

Germany’s 16 federal states are also working on a plan to reopen bars and restaurants and allow some sport to take place.

But Merkel said larger events such as concerts and major sporting events would not be able to take place before Aug. 31.

The prospect of a return to some kind of normality has been made possible by a fall in the number of infections to just under 1,500 a day, compared to more than 6,000 at its peak in early April.

While Germany has the sixth-highest number of confirmed infections, at over 162,000, on a par with France and Britain, it has recorded around a quarter of their deaths, at just over 6,500.

It is an achievement that Merkel is all too eager to maintain and improve to avoid being forced to further stifle an economy expected to shrink by more than 6% this year.

Merkel said measures to held the embattled car industry, which was Germany’s biggest exporter and employer of more than 800,000 people before the crisis, would be discussed as part of a fiscal package to restart the economy.