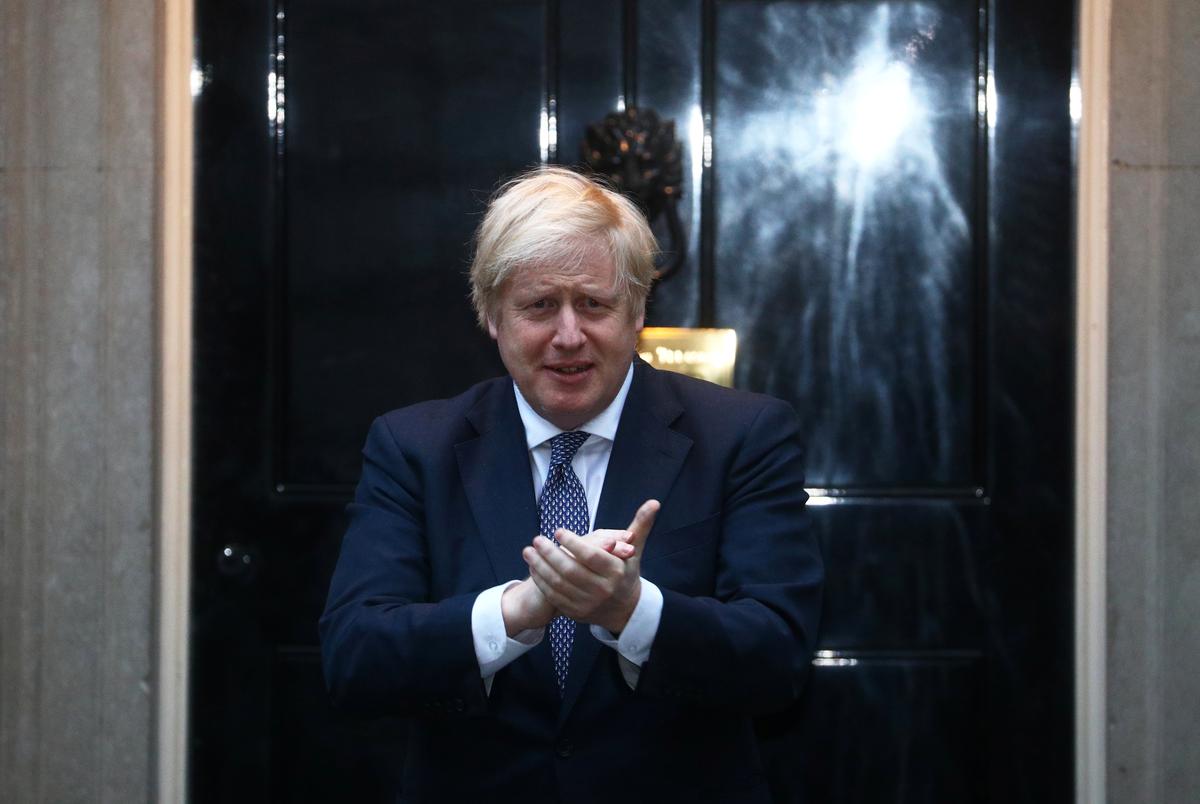 Britain’s Prime Minister Boris Johnson applauds outside 10 Downing Street during the Clap for our Carers campaign in support of the NHS, following the outbreak of the coronavirus disease (COVID-19), in London, Britain, April 30, 2020. REUTERS/Hannah McKay

The applause has become an emotional weekly ritual in Britain since it first took place on March 26, but Johnson had not been seen publicly taking part since before he was taken to hospital with a bad case of COVID-19 on April 5.

The 55-year-old prime minister spent three nights in intensive care, then convalesced for two weeks at his country residence and returned to work on Monday.

He appeared on the doorstep of his Downing Street office, clapping and paying tribute to Moore, a World War Two veteran who has become a national hero after raising millions for the National Health Service (NHS) by walking in his garden.

“Tonight I proudly clapped outside 10 Downing Street for our fantastic NHS and carers. Thank you all for everything you are doing,” Johnson said on Twitter shortly after the applause.

His fiancee, Carrie Symonds, who gave birth to the couple’s son on Wednesday in an NHS hospital, also paid tribute to key workers.

“I also have another wonderful reason to thank the NHS this week too.”

People across the United Kingdom applauded, cheered, banged pots and pans and played musical instruments, with some singing Happy Birthday to Moore, including in the small village of Marston Moretaine, where he lives and was celebrating his 100th birthday on Thursday.

Joshua would fight behind closed doors only as last resort: Hearn
Biggest U.S. banks says they submitted $45.8 billion in loans for emergency aid program
Boeing says will not seek further funds from U.S. govt
Alone but together under lockdown, New York Girl Scouts embark on bird count project
A piece of the moon for sale: just $2.5 million