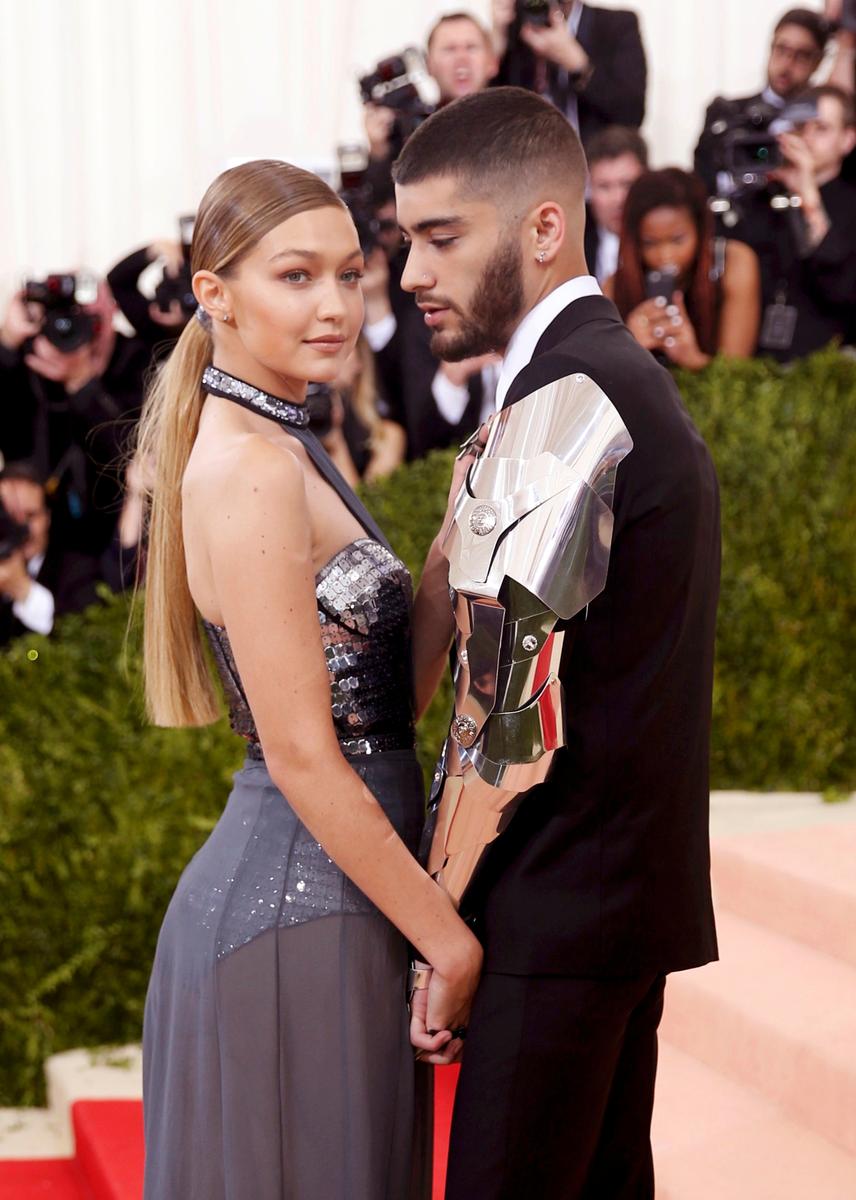 FILE PHOTO: Model Gigi Hadid (L) and singer Zayn Malik arrive at the Metropolitan Museum of Art Costume Institute Gala (Met Gala) to celebrate the opening of “Manus x Machina: Fashion in an Age of Technology” in the Manhattan borough of New York, May 2, 2016. REUTERS/Eduardo Munoz

LOS ANGELES (Reuters) – Supermodel Gigi Hadid on Thursday confirmed she was expecting a baby with former One Direction singer Zayn Malik, saying the couple were both excited and happy.

Hadid, who turned 25 last week, appeared remotely on Jimmy Fallon’s “Tonight Show” on Thursday to give the news following rumors circulating for several days in the celebrity media.

“We wish we could have announced it on our own terms but we are very excited and happy and grateful for everyone’s well wishes,” said Hadid, according to an advance excerpt of the video.

Hadid and British singer Malik started dating in late 2015 and their on-off romance made them one of the most sought-after celebrity couples. They appeared together in Malik’s romantic “Pillowtalk” music video in 2016 and at the Met Gala in New York but announced in 2018 that they had split up.

They were spotted together again in January in New York.

Hadid on Thursday gave no details on when the baby was due but said the couple were relishing their time in lockdown due to the coronavirus.

“It is a nice silver lining to be able to be home and be together and really experience it (the pregnancy) day by day,” said Hadid.

The child will be the first for both Hadid and Malik.