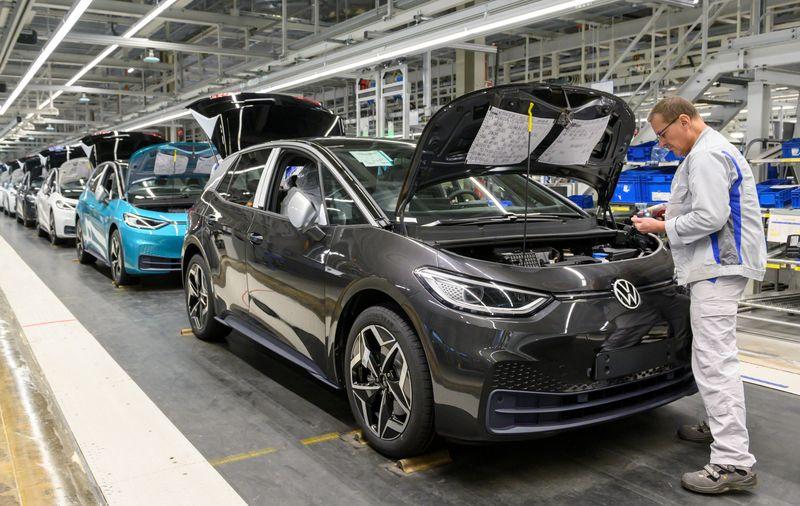 BRUSSELS (Reuters) – Technologies used by Volkswagen (VOWG_p.DE) to rig vehicle emissions tests should be considered illegal, an adviser to the EU’s top court said, advocating a broad definition that lawyers said could open the group to more legal challenges.

The Court of Justice of the European Union has been asked to rule in a French prosecution against the carmaker for allegedly deceiving purchasers of diesel vehicles, specifically on whether an “upstream” technology could be considered a defeat device.

Volkswagen had argued in favour of a restrictive interpretation, limiting the scope of that concept to technologies and strategies operating only “downstream” – concerning the emissions after the gases’ production.

Advocate General Eleanor Sharpston said that a defeat device should be interpreted as being any device which can influence both upstream and downstream vehicle emissions during tests.

Use of defeat devices to help a vehicle pass approval tests is illegal under EU law.

The opinion, if followed by Europe’s top court, could raise the possibility of more car owners taking legal action against Volkswagen and other firms, according to lawyers representing car owners.

They said it broadened the interpretation of what constitutes an illegal “defeat device”.

Contacted by Reuters, Volkswagen said it did not expect the opinion and potential ruling to affect legal proceedings. These centred on whether car owners had suffered financial damage rather than a legal assessment regarding technology.

“This question no longer plays a role in ongoing proceedings,” the company said.

The French case concerned an exhaust gas recirculation (ERG) valve, which can redirect some exhaust gases back into the air supply for the engine, to reduce final NOx emissions.

The ERG was adjusted in tests using a device to allow emissions to remain below the regulatory ceiling, but according to an expert’s report the device would in normal conditions lead to the partial deactivation of the ERG and higher NOx emissions.

The court typically rules within two to four months of an adviser’s opinion. Judges follow them in the majority of cases, but are not bound to do so.

Volkswagen announced recalls of almost 950,000 vehicles in France following the “dieselgate” scandal in which it admitted in 2015 to using illegal software to cheat U.S. diesel engine tests.

The scandal has cost Volkswagen more than $30 billion in vehicle refits, fines and provisions.