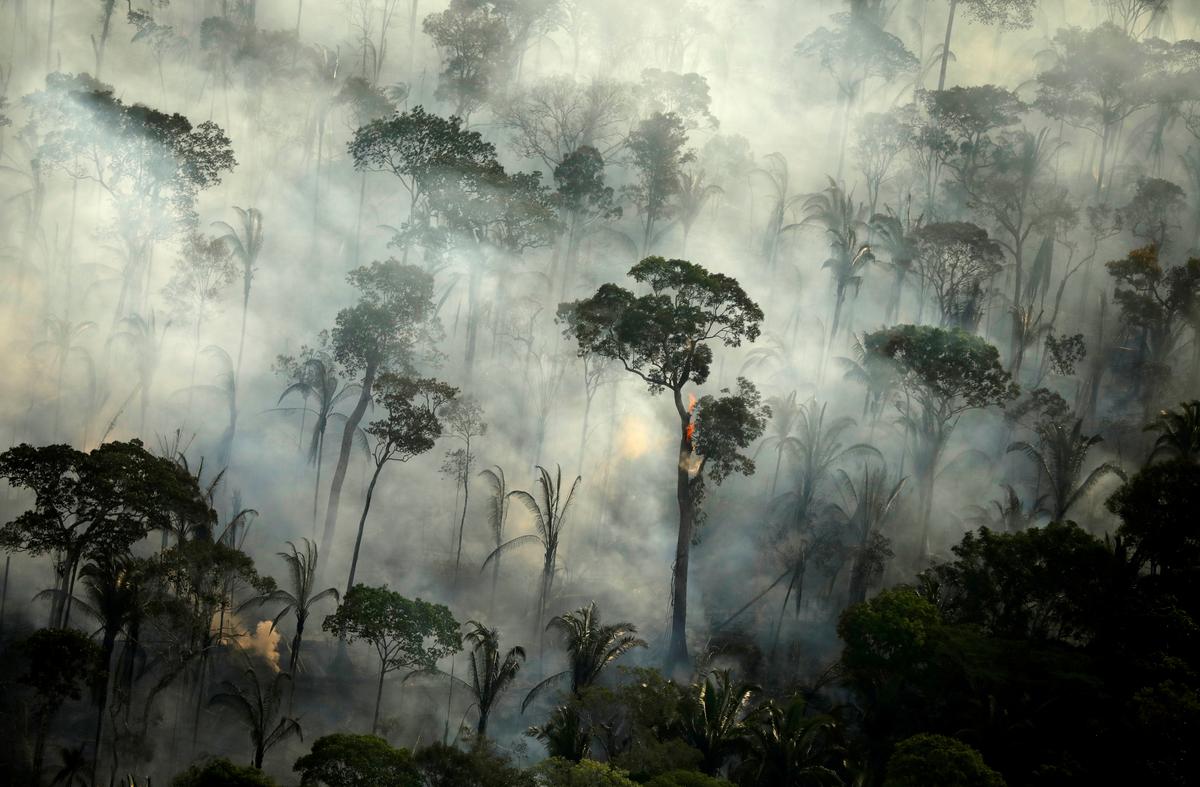 SAO PAULO/BRASILIA (Reuters) – Brazil plans to deploy its armed forces to fight deforestation and fires in the Amazon jungle, Vice President Hamilton Mourão said on Wednesday, in an effort protect the world’s largest rainforest where destruction has surged since last year.

FILE PHOTO: Smoke billows from a fire in an area of the Amazon rainforest near Porto Velho, Rondonia State, Brazil, September 10, 2019. REUTERS/Bruno Kelly

Mourão said the country would invoke the same measure that deployed troops to fight forest fires last year, a so-called Guarantee of Law and Order (GLO) decree to be signed by President Jair Bolsonaro.

Amazon deforestation soared to an 11-year high last year, as fires tore through the rainforest, provoking international outcry that Brazil was not doing enough to protect the biome.

Destruction has continued to climb this year. From January to March, deforestation in the Brazilian Amazon rose 51% from a year ago, according to preliminary satellite data.

Mourão said the government would establish permanent bases in the Amazon this year for both military personnel, federal and state police, environmental agencies and other security forces.

“We already have a plan practically finished for an initiative against deforestation and to prevent fires that start in July and August,” Mourão said.

Mourão did not give details on the timing of the decree.

Earlier on Wednesday, Defense Minister Fernando Azevedo said that a GLO order was in Mourão’s hands.

“If a new GLO is necessary, the armed forces are ready to go again,” Azevedo said.

The plans to deploy the military come amid signs that the government is rolling back routine environmental enforcement due to the new coronavirus outbreak.

An official at environmental agency Ibama, the government’s main enforcer of environmental laws, told Reuters in March that it would not be able to send as many agents into the field to stop environmental crimes because of health risks.

Environmental advocates worry that will lead destruction to spike further in the rainforest, although Ibama said the cutbacks would be in areas other than the Amazon.