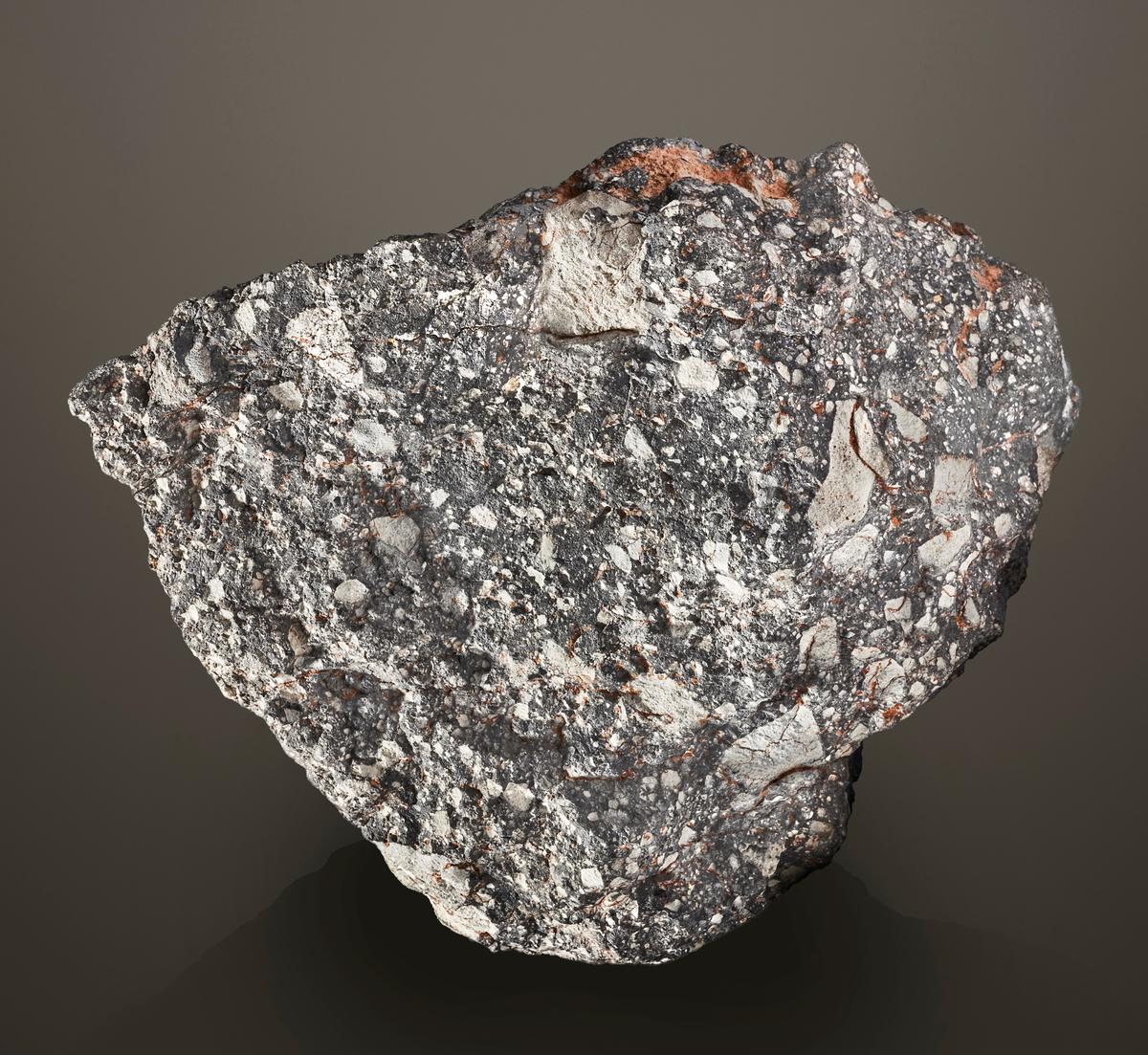 LONDON (Reuters) – One of the world’s largest lunar meteorites goes on private sale at Christie’s on Thursday, valued at 2 million pounds ($2.49 million).

The moon rock, weighing over 13.5 kg, was probably struck off the surface of the moon by a collision with an asteroid or comet and then showered down on the Sahara desert.

Known as NWA 12691, it is thought to be the fifth largest piece of the moon ever found on earth. There is just 650 kg of moon rock known to be on earth.

“The experience of holding a piece of another world in your hands is something you never forget,” said James Hyslop, Christie’s head of science and natural history.

“It is an actual piece of the moon. It is about the size of a football, a bit more oblong than that, larger than your head.”

Like many meteorites that are discovered, it was found in the Sahara by an anonymous finder after travelling some 240,000 miles to earth from the moon. It then changed hands and was carefully studied.

Scientists can be certain of its origin after comparing it with rock samples brought back by the United States’ Apollo space missions to the moon.

“In the 1960s and 1970s the Apollo programme brought back about 400 kilograms of moon rock with them and scientists have been able to analyse the chemical and isotopic compositions of those rocks and they have determined that they match certain meteorites,” said Hyslop.

Meteorites are incredibly rare and only about one in a thousand comes from the moon, making this a very special object, he added.

“We are expecting huge international interest in it from natural history museums… it is a wonderful trophy for anyone who is interested in  space history or lunar exploration.”

The moon has fascinated man since the dawn of human history as a symbol of power, love, time and prosperity, and is the earth’s only natural satellite. It is thought to have been formed 4.5 billion years ago when a Mars-sized body collided with earth.

Christie’s will also offer for private sale a group of 13 aesthetic iron meteorites. That collection is estimated to be worth 1.4 million pounds.