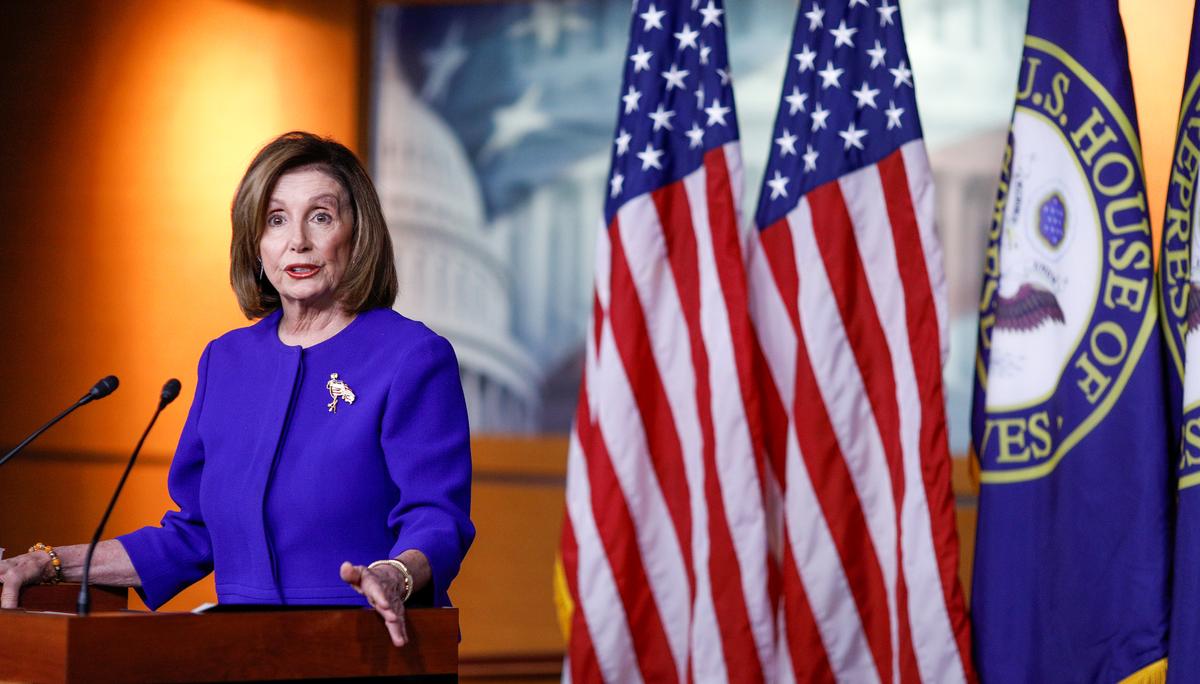 WASHINGTON (Reuters) – The U.S. House of Representatives will consider – and likely pass – a resolution on Thursday to rein in President Donald Trump’s ability to engage in military conflict against Iran, as lawmakers worried that the killing of a top Iranian commander could lead to war.

The vote in the Democratic-controlled House was due Thursday afternoon. Passage would send it to the Senate, where its fate was uncertain. Trump’s fellow Republicans hold 53 seats in the 100-member Senate, but at least two members of his party – Senators Rand Paul and Mike Lee – have expressed support for the resolution.

Democratic House Speaker Nancy Pelosi said the drone strike that killed Qassem Soleimani last week had not made Americans safer. She faulted the White House for failing to consult with Congress before the strike. Presidents typically inform congressional leaders before military action, to present a united national security front.

Pelosi told a news conference that the failure to consult with Congress was “disdainful.”

“Last week, in our view, the president – the administration – conducted a provocative, disproportionate attack against Iran, which endangered Americans,” Pelosi said.

Trump called Pelosi “Crazy” on Twitter ahead of the vote, and said he hoped every House Republican would vote no.

Trump told reporters at the White House he did not think he had to seek congressional approval for military action against Iran.

“I don’t have to and you shouldn’t have to, because you have to be able to make split-second decisions sometimes. Sometimes you have to move very, very quickly. In certain cases I wouldn’t even mind doing it,” Trump said.

The War Powers Act was passed in 1973, as lawmakers reacted to secret bombings during the bitterly divisive Vietnam War. The law says the House and Senate can pass a resolution to force the withdrawal of troops engaged in a foreign conflict without Congress’ consent.

It was not immediately clear how the resolution’s passage by the House and Senate would play out. If passed, the measure would not require Trump’s signature to take effect, but legal questions about Congress’ power over the president are unresolved.

U.S. Speaker of the House Nancy Pelosi (D-CA) speaks ahead of a House vote on a War Powers Resolution and amid the stalemate surrounding the impeachment of U.S. President Donald Trump, as she addresses her weekly news conference at the U.S. Capitol in Washington, U.S., January 9, 2020. REUTERS/Tom Brenner

Some Republicans, including House Republican Leader Kevin McCarthy, insisted the resolution would have no power over Trump. He called it a “meaningless vote” at his weekly news conference.

Democrats dismissed McCarthy’s contention as false, noting that the U.S. Constitution gives Congress, not the president, the power to declare war.

“If both Houses pass this resolution, it’s a clear statement that Congress is denying the President the authority to wage war and that the President must come to Congress for an authorization prior to any further hostilities,” a senior Democratic aide said in an email.