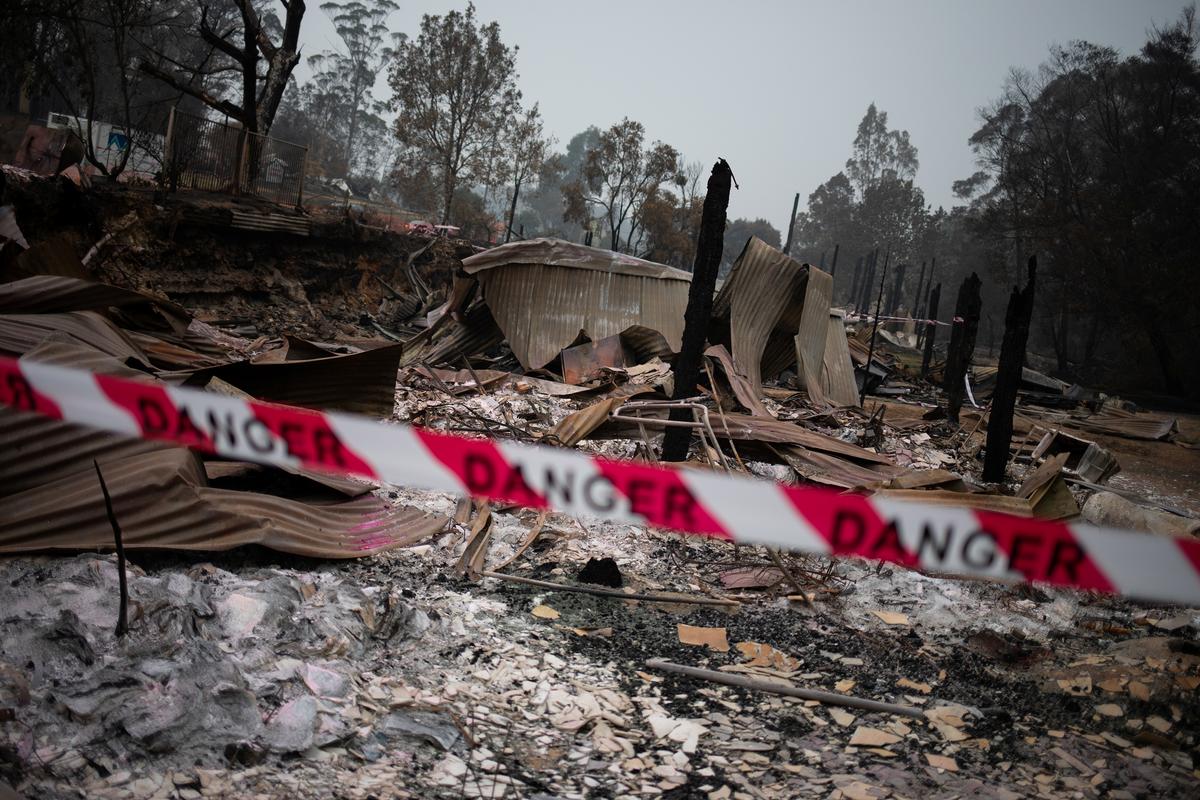 SYDNEY (Reuters) – Australian Prime Minister Scott Morrison urged foreign tourists not to be deterred by deadly wildfires that have razed large swathes of the country and sent smoke palls as far as South America, even as authorities warned of revitalized blazes.

Morrison made the plea for international visitor support on Wednesday as he visited Kangaroo Island, a usually wildlife-rich tourist drawcard off Australia’s south coast that has been hit twice in recent weeks by fierce fires.

“Australia is open, Australia is still a wonderful place to come and bring your family and enjoy your holidays,” Morrison told reporters after meeting local tourism operators and farmers.

“Even here on Kangaroo Island, where a third of the island has obviously been decimated, two-thirds of it is open and ready for business,” he said. “It’s important to keep the local economies vibrant at these times.”

Australia-wide, the cost of the fires is mounting daily. Shortly after Morrison spoke, officials confirmed another firefighter had died in a vehicle crash last Friday while on duty, bringing the national death toll to 26.

In Victoria state, authorities urged people in fire-risk areas to consider evacuating on Thursday, ahead of a temperature spike on Friday that is expected to bring renewed danger.

“These fires remain dangerous, they remain dynamic, remain volatile, and the conditions we are going to see can give significant life to these fires,” Victoria Emergency Services Minister Lisa Neville said.

Thousands of people have already been left homeless by the fires that have scorched through more than 10.3 million hectares (25.5 million acres) of land – an area the size of South Korea. In rural areas, many towns were without power and telecommunications and some were running low on drinking water supplies, while smoke has blanketed cities including Sydney, Melbourne and Canberra.

The bushfires crisis follows a three-year drought that experts have linked to climate change and that has left much of the country’s bushland tinder-dry and vulnerable to fires.

Following are some highlights of what is happening in the Australian bushfires crisis:

A cordon tape with the word “Danger” is seen in front of a burnt down shop in the village of Mogo, Australia, January 8, 2020. REUTERS/Alkis Konstantinidis

* The three major cities in Australia’s southeast, Sydney, Melbourne and the capital Canberra, were all blanketed in thick smoke, putting them among the most polluted cities in the world.

* Sixty-seven firefighters from the United States and Canada landed in Australia on Wednesday, joining 40 of their compatriots already on the ground. Australian authorities have requested another 140 personnel, who are expected to arrive in the next two weeks.

* Ecologists at the University of Sydney on Wednesday doubled their estimate of the number of animals killed or injured in the fires to 1 billion.

* Community leaders asked people to donate money instead of food and clothing because small communities are being overwhelmed by goods that they do not need. Authorities warned people to check the bona fides of people collecting donations amid a growing number of online scams.

* Smoke from wildfires has drifted across the Pacific and affected cities in South America, and may have reached the Antarctic, the U.N. World Meteorological Organization said.

* The fires have already emitted 400 megatonnes of carbon dioxide into the atmosphere and produced harmful pollutants, the EU’s Copernicus monitoring program said.

* Moody’s Analytics said the cost of the fires could easily surpass that of the deadly 2009 Black Saturday fires that destroyed 450,000 hectares of land, which cost an estimated A$4.4 billion.

* There are 128 fires ablaze across NSW, with around 50 uncontained. All the fires were at the “advice” level, the lowest alert rating. Victoria state had 40 fires with 13 “watch and act” alerts.

* More than 100 military personnel were being deployed to help with clean-up efforts across the state.

* Prince Charles joined list of global figures to send a message of support, referring to the “appalling horror unfolding in Australia” in a video sent overnight.