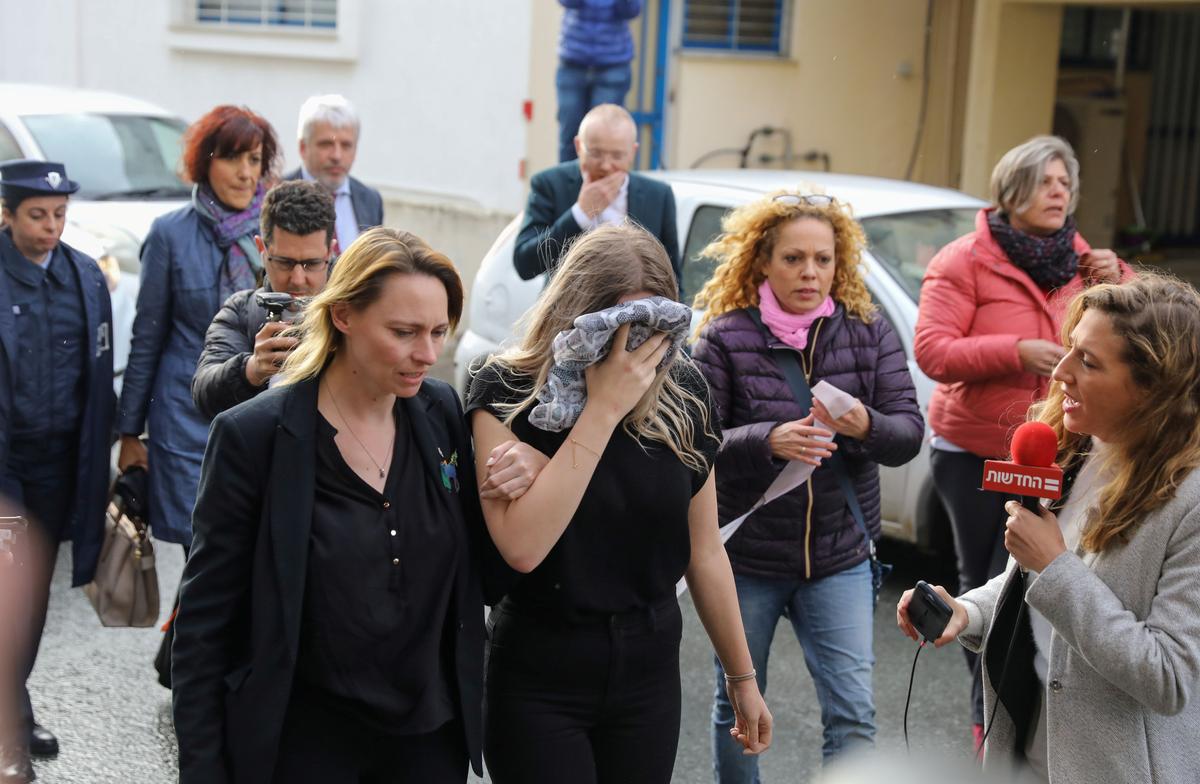 A British woman, accused of lying about being gang raped, covers her face as she arrives at the Famagusta courthouse in Paralimni, Cyprus, January 7, 2020. REUTERS/Yiannis Kourtoglou

PARALIMNI, Cyprus (Reuters) – A British teenager who says she was coerced into retracting an accusation she was gang-raped was given a suspended jail sentence by a Cyprus court on Tuesday.

The case has drawn a rare rebuke from Britain and uproar from rights groups concerned the woman did not get a fair trial. Activists were holding a protest outside the courthouse in the town of Paralimni.