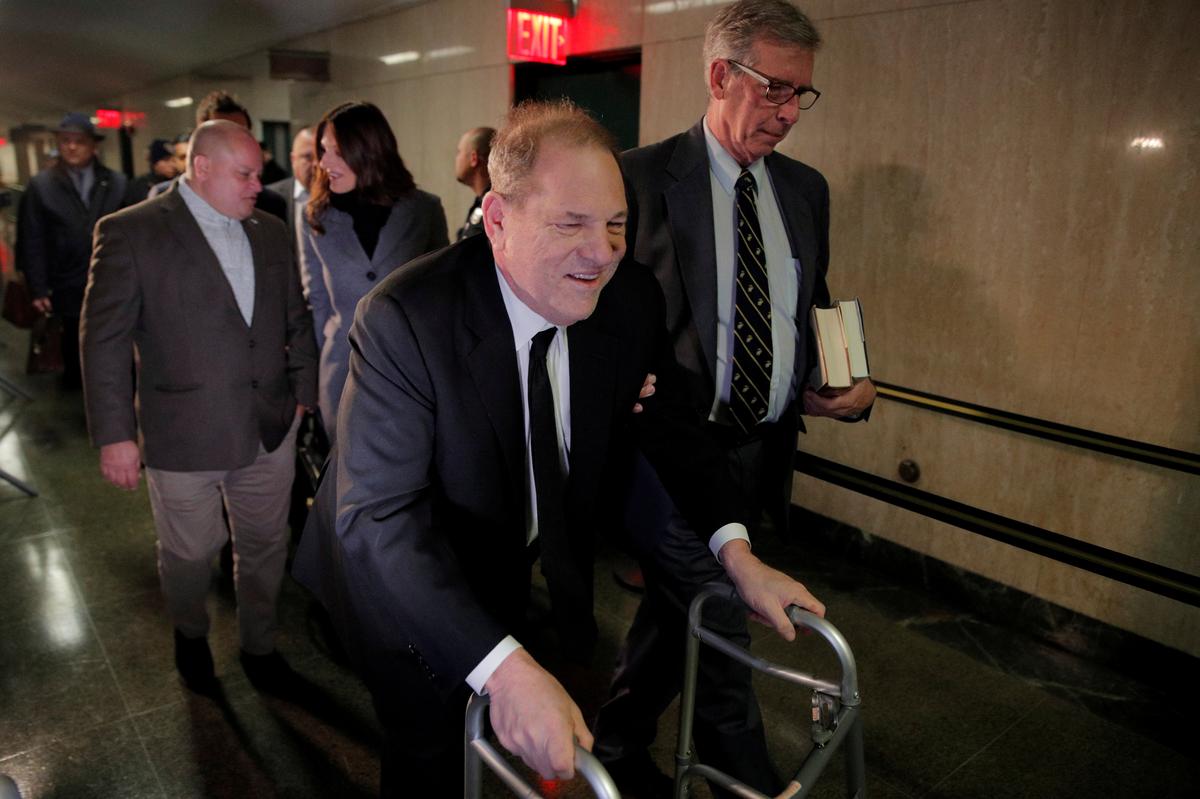 NEW YORK (Reuters) – Los Angeles prosecutors indicted Harvey Weinstein on Monday on sex crime charges just hours after the former film producer appeared in a New York court for the start of his rape trial, which has become a focal point for the #MeToo movement.

Weinstein had been charged with sexual assault of two women in 2013, Los Angeles District Attorney Jackie Lacey said in a statement. He was charged with raping one woman and sexually assaulting the other.

“We believe the evidence will show that the defendant used his power and influence to gain access to his victims and then commit violent crimes against them,” Lacey said.

Weinstein, 67, has pleaded not guilty to charges of assaulting two women in New York. He faces life in prison if convicted on the most serious charge, predatory sexual assault.

More than 80 women have accused Weinstein of sexual misconduct dating back decades.

Weinstein has denied the allegations, saying any sexual encounters he had were consensual.

Those accusations helped fuel the #MeToo movement, in which hundreds of women have publicly accused powerful men in business, politics, the news media and entertainment of sexual harassment or assault.

Weinstein faces up to 28 years in state prison if convicted on the California charges, Lacey said.

California prosecutors said Weinstein went to a hotel room on Feb. 18, 2013, forced his way into an unidentified woman’s room and raped her.

The next evening, Weinstein allegedly assaulted a woman in a hotel suite in Beverly Hills, the prosecutor said.

In New York, the once powerful film producer hobbled into court while celebrity accusers who fueled the #MeToo movement demanded justice and an end to workplace sexual harassment.

Inside the state court, Judge James Burke ordered Weinstein’s lawyer Donna Rotunno to refrain from talking about witnesses, after she was accused of making degrading and humiliating comments in recent interviews, which she denied.

Weinstein, dressed in a black suit, walked slowly into and out of court, leaning on a walker and with a member of his team holding his arm.

Outside the courthouse, the Silence Breakers, a group of Weinstein accusers including actresses Rosanna Arquette and Rose McGowan, spoke at a news conference and demanded accountability for Weinstein.

“As we stand here at the beginning of a new year and a new decade, time’s up on sexual harassment in all workplaces,” said Arquette. “And time’s up on the pervasive culture of silence that has enabled abusers like Weinstein.”

#TimesUp is the name of a movement resulting from many of the same forces that created #MeToo. It works against sexual harassment, sexual assault and gender-based discrimination.