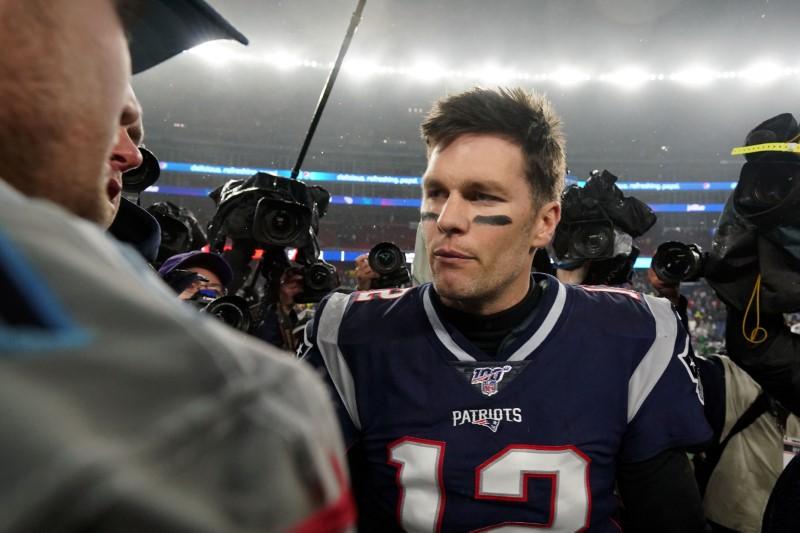 (Reuters) – The Tennessee Titans beat the New England Patriots 20-13 in an AFC wild card playoff game on Saturday that might turn out to be a bitter end to Tom Brady’s storied career.

The 42-year-old Patriots quarterback, a six-times Super Bowl winner, is a free agent, adding to speculation as to his future.

For once Brady was unable to pull off a miracle, as the Titans won on the road to set up a visit to the Baltimore Ravens in the division round next weekend. The Titans had been 9-7 in the regular season and the Patriots 12-4.

Watson pulled away from two Buffalo defenders to hit Taiwan Jones with a 34-yard pass at the Buffalo 10-yard line that paved the way for the winning points in Houston.

The Texans, 10-6 in the regular season, will play the Kansas City Chiefs in the divisional round next weekend.

Buffalo, which at one point led 16-0, had forced overtime after Stephen Hauschka kicked a 47-yard field goal that tied the score at 19-19 with five seconds left in regulation time.

“We never quit regardless,” Watson told reporters. “Whatever it takes to get the win we are going to keep fighting however we need to play.”

After being outplayed in the first half, the Texans found new life in the third quarter.

Watson, who passed for 247 yards, bulled into the end zone with less than two minutes left in the quarter for Houston’s first points.

Fairbairn’s first field goal and a five-yard pass from Watson to Carlos Hyde and a two-point conversion in the fourth quarter then completed a 19-point comeback for the Texans.

A big sack by three-time NFL Defensive Player of the Year J.J. Watt, who was returning for an October injury, rallied the Houston defense.

Buffalo quarterback Josh Allen caught a 16-yard touchdown pass from John Brown on a trick play on Buffalo’s opening drive. He also rushed for 92 yards and passed for 264 more.

Hauschka kicked three other field goals for the Bills, who were seeking their first playoff win since 1995.