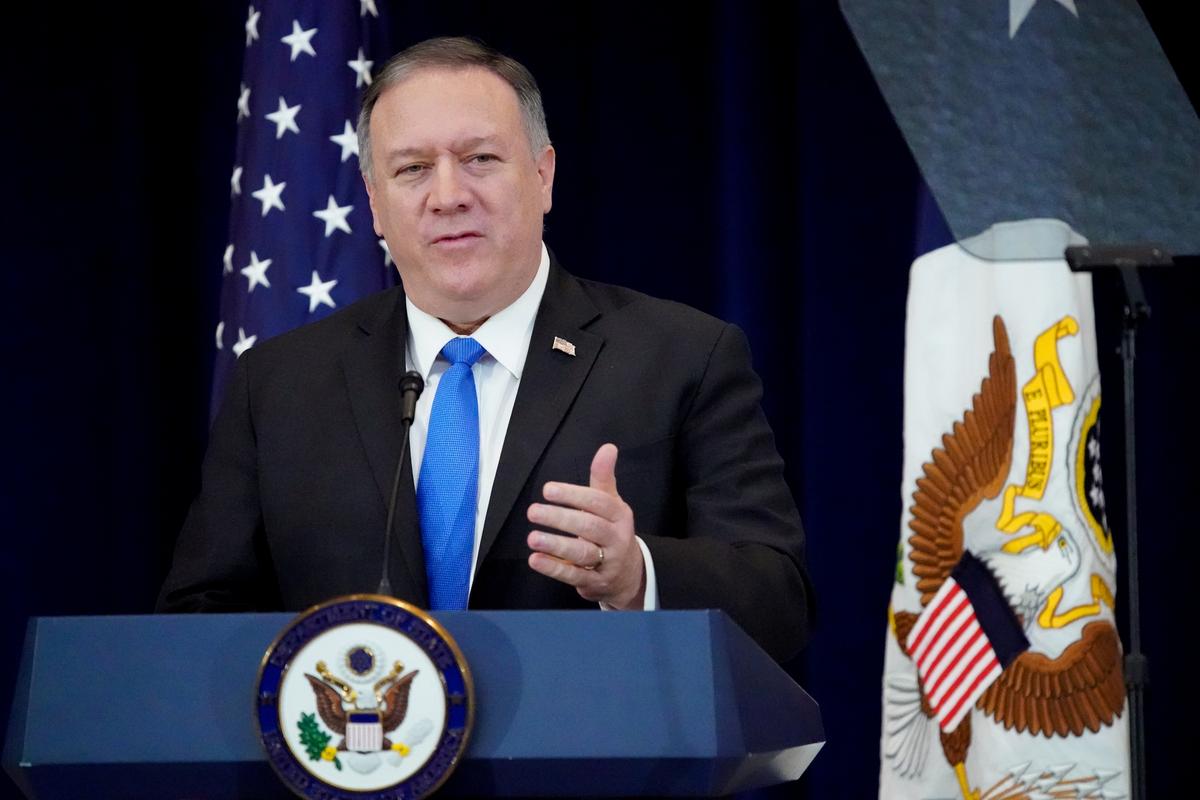 Democrats in Congress said it was not clear why the Iranian military leader, long seen as a threat by U.S. authorities, had to be killed now. They said Trump does not have the authority to go to war without congressional approval, and that his actions put the country at greater risk.

Trump’s fellow Republicans in Congress have generally backed his decision.

Pompeo, Trump’s top diplomat and a trusted adviser, made the administration’s case during multiple television interviews on Sunday, saying there was “no skepticism” among senior U.S. leaders who had access to all the intelligence on Friday’s targeted killing.

He deflected questions about the “imminent attack” he had cited on Friday as justification for the strike, and described the threat posed by Soleimani as long-term and wide-ranging.

“We would have been culpably negligent had we not taken this action,” Pompeo said on NBC’s “Meet the Press.”

U.S. Representative Adam Schiff, the Democratic chairman of the House Intelligence Committee, said Soleimani had been plotting against the United States for decades and that lawmakers had not received enough information on the alleged threat to convince him the killing was warranted.

“So the question is, why now?” he asked on CNN’s “State of the Union.”

“I don’t think the intelligence supports the conclusion that killing a top Iranian official is going to either stop (the) plotting or improve American security.”

Pompeo repeatedly said Soleimani’s killing made Americans safer, but he also tallied the steps the United States is taking to guard against Iranian retaliation, including warning Americans to leave the region, boosting the U.S. military presence and shoring up cybersecurity systems.

The attack that killed Soleimani at Baghdad airport took long-running hostilities between Washington and Tehran into uncharted territory and raised the specter of wider conflict in the Middle East.

Senator Elizabeth Warren, a candidate for the Democratic nomination to face Trump in November’s presidential election, noted the strike came as Trump faced a Senate trial after his impeachment by the Democratic-led House of Representatives. Democratic Senator Mark Warner said Trump’s “taunting tweets” to Iran did not help de-escalate tensions, a stated goal of the Trump administration.

In a series of Twitter warnings to Iran on Saturday, Trump said Washington had identified 52 targets, including some “important to Iran & the Iranian culture,” that would be hit hard and fast if Tehran attacked Americans or U.S. assets.

Warner, the top Democrat on the Senate Intelligence Committee, also said he was not yet convinced there was an imminent threat that justified the strike.

“I accept the notion that there was a real threat. The question of how imminent is something that I need more information on,” Warner told NBC’s “Meet the Press.”

“We do not need this president either bumbling or impulsively getting us into a major war,” added Senate Democratic leader, Chuck Schumer, on ABC’s “This Week.”

Pompeo said intelligence justifying the Soleimani strike has been shared with leaders in Congress and he expects they will be briefed again this week. He bolstered Trump’s promise to respond forcefully to any Iranian attack.

“We’ve told the Iranian regime: enough. You can’t get away with using proxy forces and think your homeland will be safe and secure. We’re going to respond against the actual decision-makers – the people who are causing this threat from the Islamic Republic of Iran,” Pompeo said on ABC.

In a statement on Saturday, House of Representatives Speaker Nancy Pelosi, a Democrat, said the strike was “provocative, escalatory and disproportionate.” She said a classified notification lawmakers received on Saturday prompted “serious and urgent questions about the timing, manner and justification of the administration’s decision to engage in hostilities against Iran.”

White House national security adviser Robert O’Brien said on Saturday the operation was legal and that Justice Department lawyers had signed off on it.