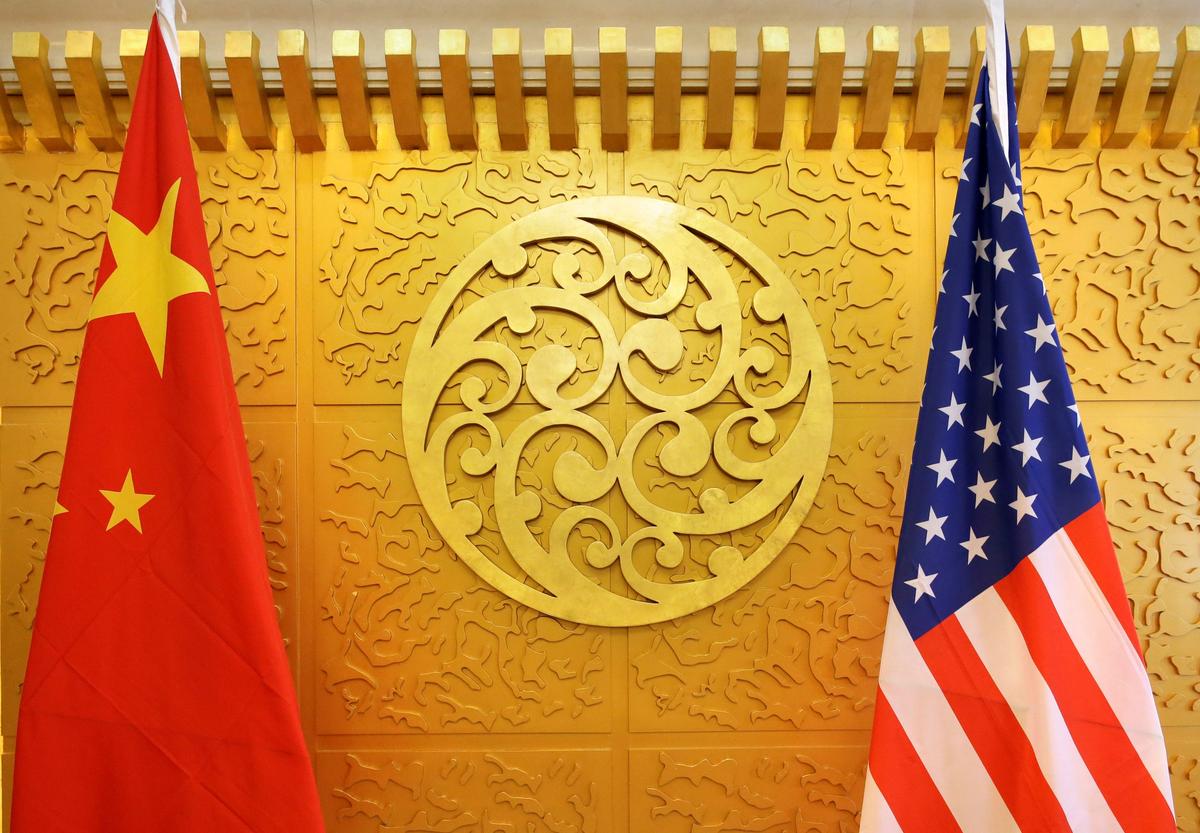 FILE PHOTO: Chinese and U.S. flags are set up for a meeting during a visit by U.S. Secretary of Transportation Elaine Chao at China’s Ministry of Transport in Beijing, China April 27, 2018. REUTERS/Jason Lee

(Reuters) – A Chinese trade delegation is planning to travel to Washington on Jan. 13 for the signing of the U.S.-China Phase 1 trade deal, the South China Morning Post reported on Sunday citing a source briefed on the matter.

The Chinese delegation will return on Jan. 16, SCMP said here

The trade delegation, led by Vice Premier Liu He, had originally planned to set off earlier in the month but had to change plans after U.S. President Donald Trump sent a tweet here claiming that he would sign the Phase 1 trade deal with China on Jan. 15.

After a full afternoon’s discussion, the Chinese side decided to revise their plan to accommodate Trump, SCMP said.

Washington and Beijing have yet to officially confirm Liu’s visit.

Trump had first announced plans for the initial trade pact in October, and U.S. and Chinese negotiators spent weeks finalizing the Phase 1 deal, which comes in lieu of the massive trade agreement that the world’s two largest economies had initially sought.

Reporting by Rishika Chatterjee in Bengaluru; Editing by Lisa Shumaker