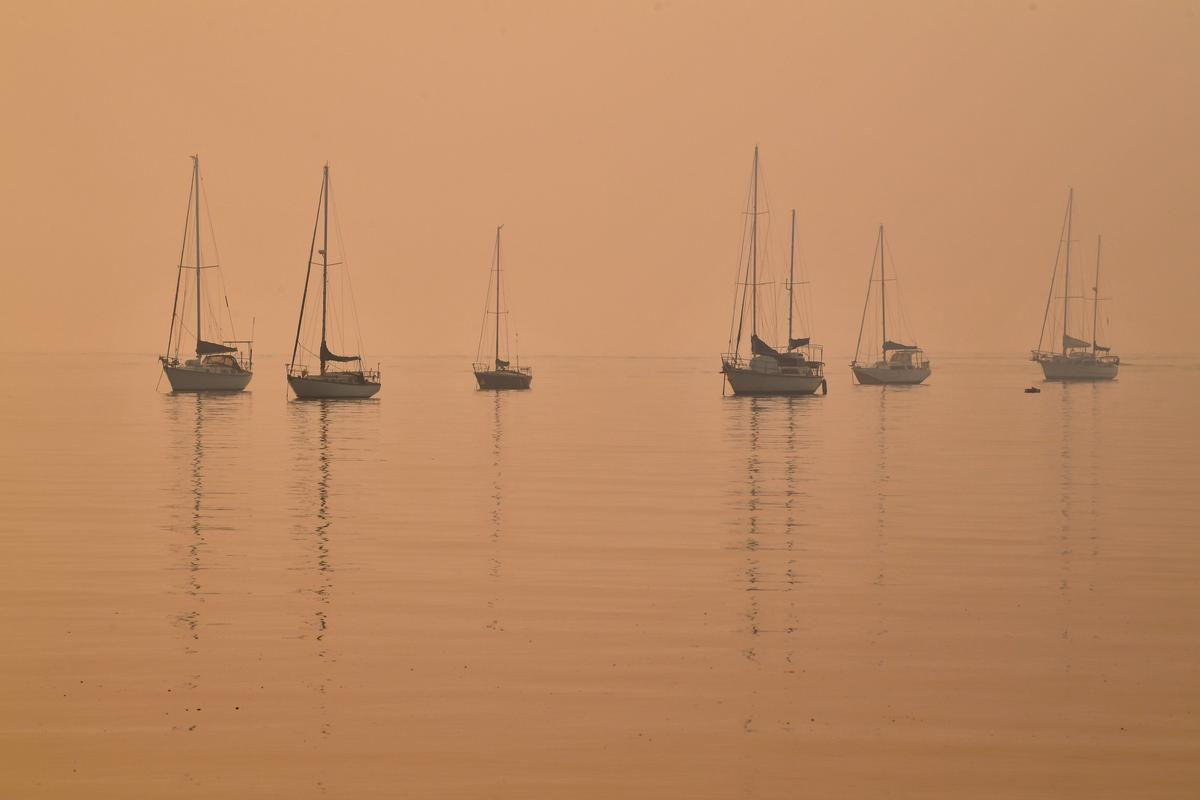 SYDNEY/MELBOURNE (Reuters) – Bushfires burned dangerously out of control on Australia’s east coast on Saturday, fueled by soaring temperatures and strong winds that had firefighters battling to save lives and property.

By mid-afternoon, Victoria had 19 fires rated at emergency or evacuate warning levels and New South Wales had 11 rated emergency, with more than 100 others burning across the states.

As the NSW Rural Fire Service (RFS) increased its emergency warnings on the fires, it repeatedly delivered the same blunt advice to those who had not evacuated at-risk areas.

“It is too late to leave. Seek shelter as the fire approaches,” RFS said in its emergency warnings.

Authorities have said conditions could turn out to be worse than New Year’s Eve, when fires burnt massive tracts of bushland and forced thousands of residents and summer holidaymakers to seek refuge on beaches.

“Conditions beginning to deteriorate quickly on NSW southern firegrounds,” the Bureau of Meteorology said in a tweet. “Heat and wind are building which is increasing fire activity.”

The government announced an unprecedented call up of army reservists to support firefighters as well other resources including a third navy ship equipped for disaster and humanitarian relief.

A cooling southerly change that will move up the coast will see temperatures fall dramatically by Sunday, but the accompanying strong winds are likely to fan the strength and unpredictability of fires that have already isolated towns, with major roads and highways being closed.

In South Australia, two people died on Kangaroo Island, a popular holiday spot not far off the coast, taking the national toll from this week’s fires to 12. Twenty-one people remain unaccounted for in Victoria, down from 28 reported on Friday.

– Click on links to see maps posted by emergency services in NSW and Victoria to predict the spread of fires on Saturday: bit.ly/2QnjU9L and bit.ly/2sL7dfR

Following are highlights of what is happening across Australia:

– The first of thousands of residents and vacationers stranded on a beach in Mallacoota in southeastern Australia landed near Melbourne on Saturday morning after a 20-hour journey by ship. A much bigger ship, carrying about 1,000 people, is due to arrive on Saturday afternoon.

– A late southerly wind change expected on Saturday will dramatically lower temperatures, but it will also bring wind gusts of 70-80 kmh (43-50 mph) in coastal areas where some of the most dangerous fires are burning.

– South Australian Premier Steven Marshall said more than 100,000 hectares of Kangaroo Island, about one quarter of its total area, had been burnt, but weather conditions have now improved.

– The focus on Saturday is preventing more loss of life, authorities said. National parks have been closed and people strongly urged earlier this week to evacuate large parts of NSW’s south coast and Victoria’s north eastern regions, magnets for holidaymakers at the peak of Australia’s summer school holidays.

– Morrison confirmed that his visit to India and Japan scheduled for mid-January had been postponed due to the fires.

– More than 5.25 million hectares (13 million acres) of land has been burnt this fire season.