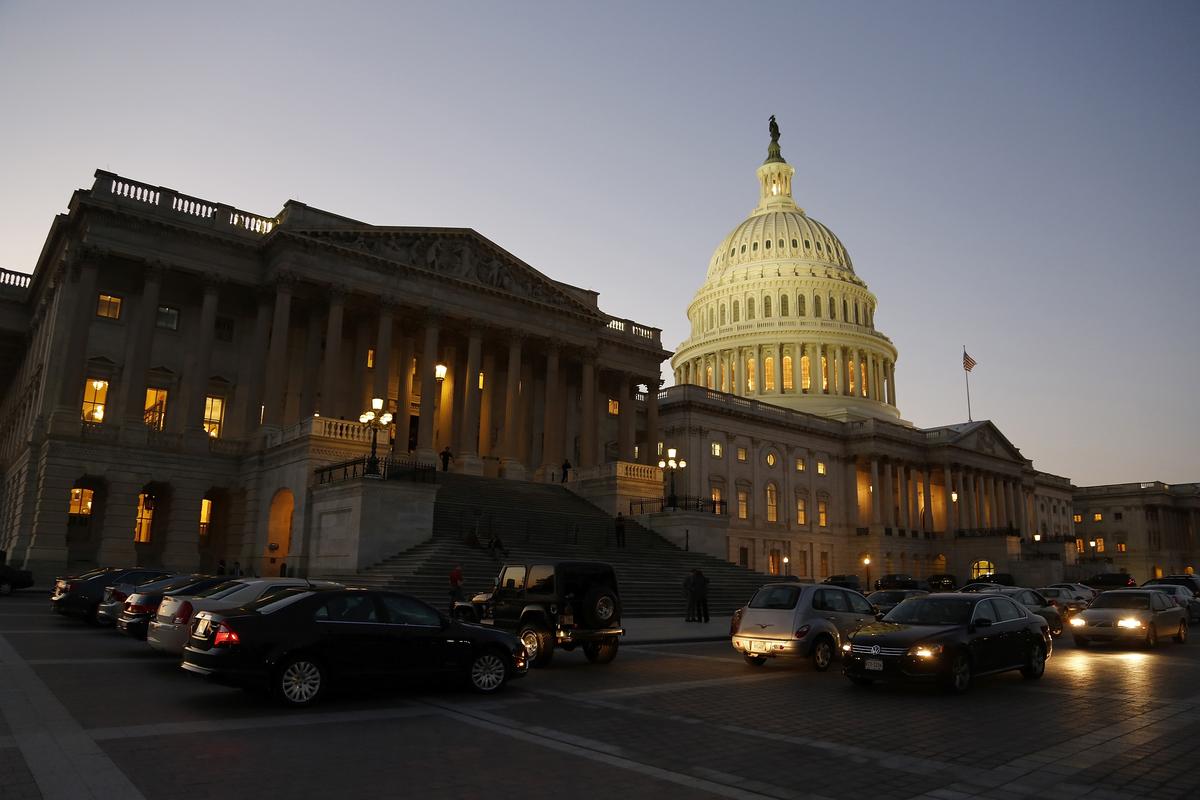 Night falls over the U.S. Capitol Dome, as members of the Republican-controlled U.S. House of Representatives deal with a budget showdown with the Democratic-controlled U.S. Senate, and a possible government shutdown in Washington, September 30, 2013. REUTERS/Jonathan Ernst

WASHINGTON (Reuters) – The U.S. Senate remained at a stalemate on Friday over how to proceed with the impeachment trial of President Donald Trump, as the chamber’s leaders continued a dispute over whether top White House aides will be called as witnesses.

After a two-week holiday recess, there was still no clarity about when Trump’s impeachment trial might begin.

Senate Majority Leader Mitch McConnell, a Republican, said the Senate could not launch a trial without the articles of impeachment, which House Speaker Nancy Pelosi has not yet sent to the Senate.

The Democratic-controlled House of Representatives voted in December to impeach the president for pressuring Ukraine to investigate former Vice President Joe Biden, a potential rival in the 2020 presidential election.

A trial would be held in the Senate, and Trump is expected to be acquitted by the Republican-controlled chamber. But McConnell and Senate Democratic Leader Chuck Schumer have been at loggerheads since late last year over how it should be conducted.

McConnell said on Friday the Senate should go ahead and start the trial and resolve the dispute over witnesses “mid-trial,” a repetition of his earlier stance. He said this would follow the precedent set in former President Bill Clinton’s impeachment trial two decades ago. Clinton, a Democrat, was acquitted by the Senate.

“Just like 20 years ago,” McConnell said, “we should address mid-trial questions such as witnesses after briefs, opening arguments, senator questions and other relevant motions.”

Schumer, speaking after McConnell, repeated his call for a commitment to call witnesses before proceedings begin. He said there had never been an impeachment trial “in which the Senate was denied the ability to hear from witnesses.” “It may feel like we are no longer – we are no closer to establishing the rules for a Senate trial than when we last met, but the question – the vital question of whether or not we have a fair trial – ultimately rests with a majority of the senators in this chamber,” Schumer said.