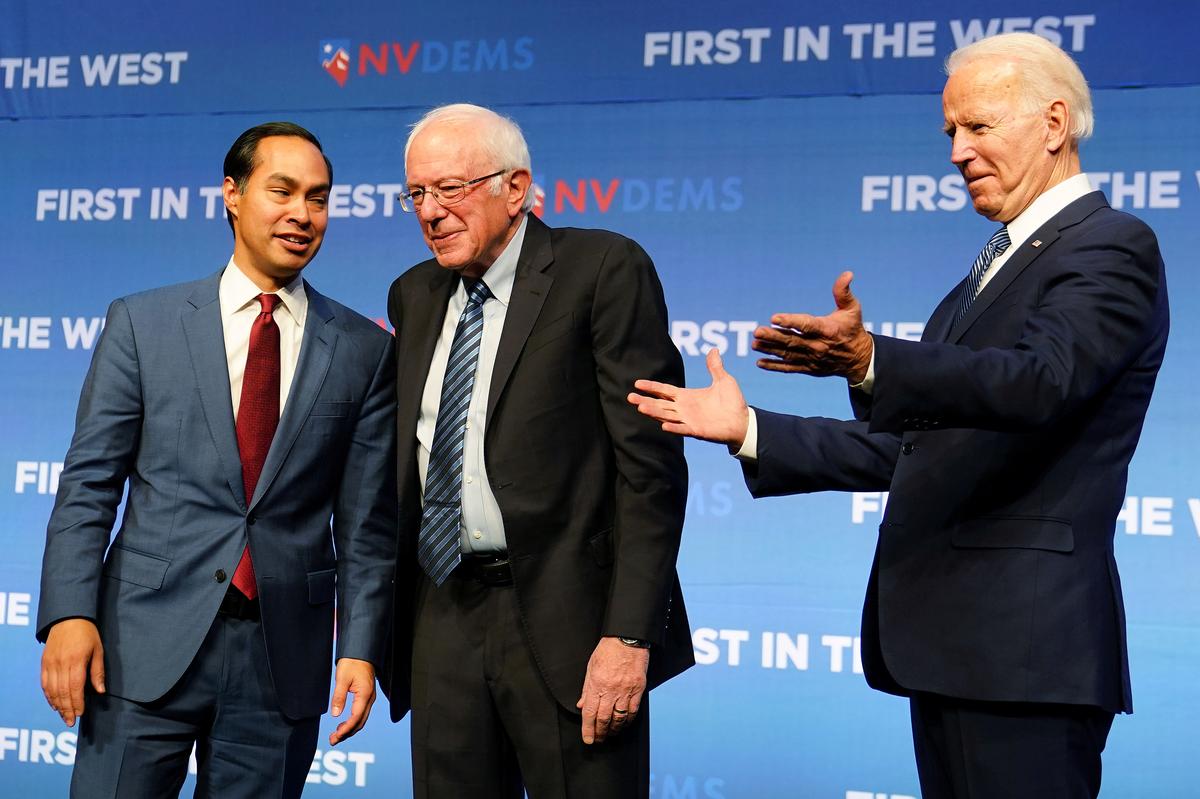 WASHINGTON (Reuters) – Bernie Sanders raised more than $34.5 million in the last quarter of 2019, the largest three-month haul for a 2020 Democratic presidential candidate, while Republican President Donald Trump drew $46 million on the heels of his impeachment, their campaigns said on Thursday.

Trump, a polarizing president popular with a large majority of Republicans but vilified by many Democrats, maintained his formidable fundraising edge over Democrats with a surge of donations following his impeachment last month by the Democratic-led House of Representatives.

“Democrats and the media have been in a sham impeachment frenzy and the president’s campaign only got bigger and stronger with our best fundraising quarter this cycle,” his campaign manager, Brad Parscale, said in a statement.

Some Democrats have not yet disclosed their fourth-quarter fundraising numbers, but those who did had strong showings. Pete Buttigieg raised $24.7 million in the fourth quarter, a hefty total expected to land him among the top fundraisers in the Democratic field, while businessman Andrew Yang raised $16.5 million, well over the nearly $10 million he took in last quarter.

Sanders, a U.S. senator from Vermont who wants to reduce the sway of corporate America and economic inequality, has built his campaign on small donations, largely through online fundraising from an ethnically diverse, mostly young coalition of supporters.

“He is proving each and every day that working class Americans are ready and willing to fully fund a campaign that stands up for them and takes on the biggest corporations and the wealthy,” Shakir said in a statement.

Sanders, 78, bounced back from a heart attack in early October to win growing support for his platform of expanding government-run healthcare, making college free, and investment in renewable energy paid for with higher taxes on the wealthy.

The Trump campaign begins the 2020 re-election year with cash on hand of $102.7 million, his campaign said, an amount that will help his bid to compete in states beyond those that carried him to his surprise victory in 2016.