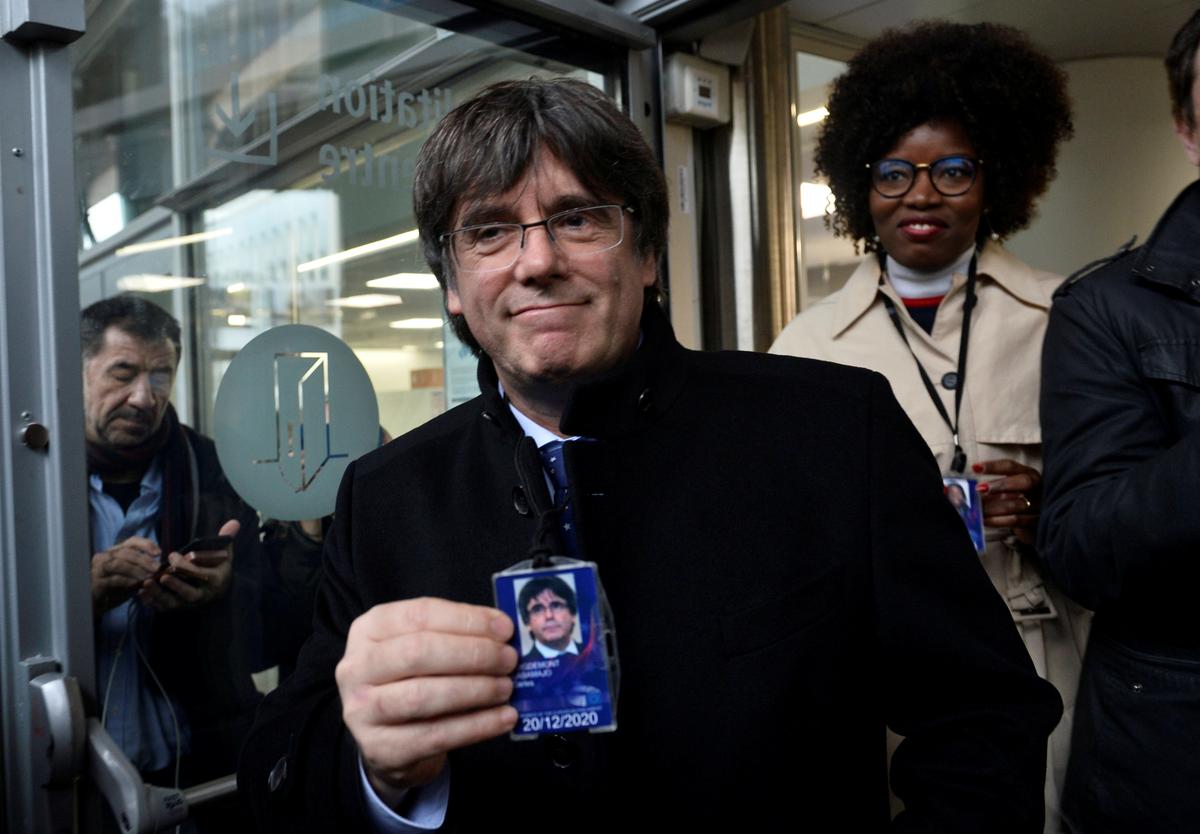 Paul Beckaert told Reuters that the Belgian judge in charge of the case had ruled in favor of Puigdemont and Toni Comin, another former member of the Catalan government, citing their immunity as members of the European Parliament (MEPs).

The Belgian federal prosecutor’s office was not immediately available for comment.

The pair are wanted in Spain on charges of sedition after organizing a failed Catalan independence referendum in 2017 but Madrid’s three previous extradition requests have been refused.

Another Catalan leader and MEP, former vice-president Oriol Junqueras, is serving a prison sentence for his role in the banned referendum.

Last month, the European Court of Justice (ECJ) overturned a ruling stopping Puigdemont and Comin from taking their seats in the European Parliament, stating that both politicians had benefited from parliamentary immunity since their election as MEPs in 2013.

However it is still not clear whether they will be allowed to take their seats, despite receiving parliamentary accreditation in Brussels last month.

Puigdemont cheered the suspension on Twitter and called on Spain to free Junqueras from prison.

“Spain must act in the same way as Belgium has done and respect the law,” he said in a tweet.

On Monday Spain’s state attorney recommended that the Supreme Court release Junqueras, in line with the ECJ ruling. The court is expected to give a ruling in the coming weeks.

Reporting by Jorrit Donner-Wittkopf in Brussels and Nathan Allen in Madrid; Editing by Giles Elgood